The brilliant and magical Sunday morning I wrote about couldn’t end better! Do you know those days? When there is a nice flow and energy that this flow continues throughout the whole day? That you meet unexpected things or that you are in unexpected situations you always will remember?

Such a day was this Sunday.

I was procrastinating big time. It was Sunday and I did not want to touch studies at all. I know when I don’t I will regret later on at some point. I had this when I was a child going to school and now being 37 and having tons of life-changing experiences I still have the same.

It was welcoming when Hadie came back inside with good news! She was asking if it was okay for us to drive Ayah and Mak to his niece who he hasn’t seen for 24 years. Whohooooo!!!! NO!!! No problem at all! Jom! Let’s go!

Ayah’s niece was in his mind for a while already but he never took action to drive there and visit them. At some point they lost touch, despite growing up together when they were children 80 years ago. He didn’t have any phone number, they don’t use internet and I’m sure smartphones are too advanced for them. He only knew where they live from memory, a 24 year old memory of that little kampong (village) somewhere in the middle of nowhere.

The vibe in the whole house changed instantly from laid-back and relaxed to excitement! I was excited not having to study and going on a road trip again to places I never have been before. I never have stopped in such a kampong, I only passed some. Even though I was close to those kampong houses on the east coast, I never have been inside one of them. Today I will!

Ayah and Mak are excited to finally see their relatives again after such a long time. Ayah is already old. He’s far in his eighties and his mind becomes smaller and smaller and the conversations mainly are about simple things. He still can drive a car though, well, driving, moving a car from A to B is more accurate. Mak is younger, late sixties, but she has been sick quite often. Mainly consequences of and repeatedly overcoming cancer. That does have an impact on her mental health as well, thus, she too rambles frequently about random things.

So picture that! 2 Elderly toddlers with their 2 adult children rambling to each other, Hadie translating and me driving 100km/h on the toll-road.

“Why we drive that road”?

“Because we are coming from the south and you used to come from the north! For sure we are not passing the kampong to drive back again”.

“How can I find the house back when it’s raining? I cannot see anything”

“Well, we just will have to wait the rain out or drive slowly?”

“Okokokok” But he wasn’t convinced.

After the toll-road we passed the other side of Gurun (which means ‘desert’ in Malay) and indeed came in the middle of nowhere. Crisscrossing through palm oil and rubber fields we went, and up and down hills nearing the kampong of his niece.

There was a break in the rain at the moment we arrived in the kampong. Now it was Ayah and Mak but also me all excited! Them to see where the house was, now Hadie driving following their “here! no! there! no! there!!”, and I “oohhh look at this house, oohh wwwwoooowwww that house! Hey did you see that?”

3 little exciting toddlers and a near grumpy Hadie. Okay, Daniel, just ssshhhtttt for a moment!

At the moment we drove into a random drive way to a random house for Ayah asking further directions it started to rain again. The rain can come so fast! Skies do rip open to release all its water in one go for an hour. We had an umbrella but that didn’t help much. Ayah trying to talk to people but no response from an open door so he came back all sad and wet.

But! The next street was bingo! There the house was, Hadie also recognized it from 24 years ago when she was jumping in puddles in the grass. The rain didn’t dear Ayah, he went outside, umbrella, knocking doors to find…. nobody… So he went to the next house where other relatives live.

They were home! We drove the car around, got out of the car, went inside and saw all those happy older people shaking hands, hugging, being happy to finally see each other again after so many years!

I was amazed too, amazed by the simplicity, amazed by their kampong house. Rural, modest, maybe poor even. But they were not living in poverty. They were happy and I wished I could live in such a house one day!

Ayah’s niece came by and we visited her too. Finally they were reunited! This was the moment Ayah was waiting for and with a big smile he walked to her house while Hadie helped Mak going over.

When it was dry again Hadie and I walked some streets to get a bigger impression about the village. It turns out that this kampong belongs to a bigger story I can tell here, which I will write about next time.

In the evening we drove back happy and satisfied. The elderly were tired and slept like babies while I was driving home through the fields and on the toll-roads playing the movie over and over again. Yes, this was such a day to remember! 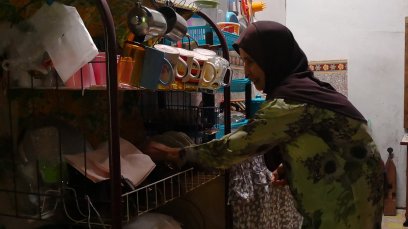 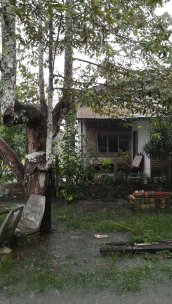 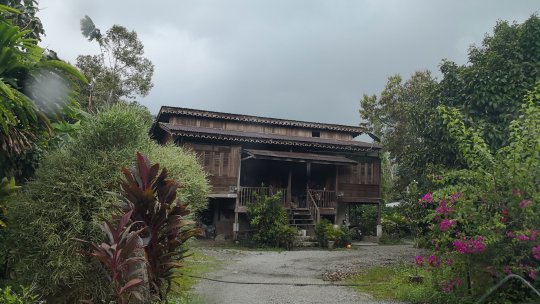 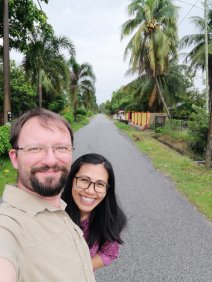 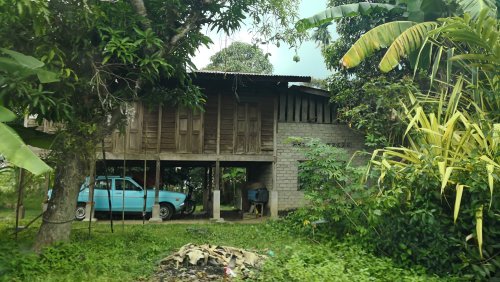 This is a rewritten story. You might have seen this in another version in where I also addressed different topics. That will be in a different post as it does give a unique insight of Malaysian life beyond what tourist generally see.

This site uses Akismet to reduce spam. Learn how your comment data is processed.

That would be so AWESOME Thank you!

Thanks for passing by! I spend quite some time writing, not only for myself but also for you!

The blog runs so much better on coffee which I absolutely love!

Unlock my brains even more by buying me a coffee!